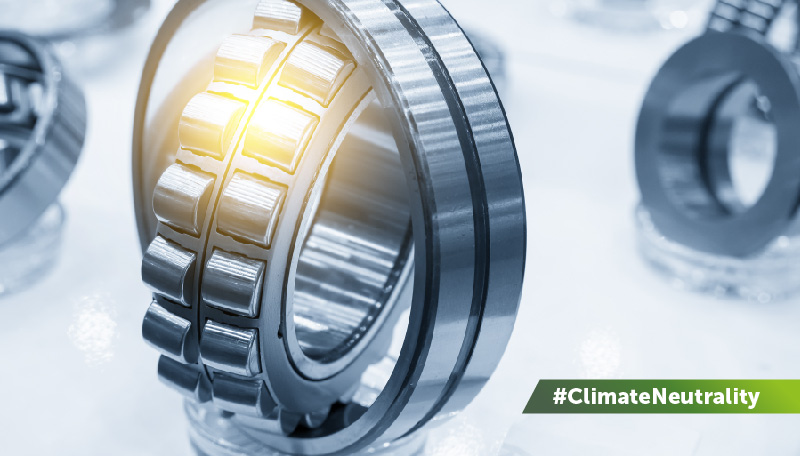 The great challenge of Climate Neutrality

We are many people living on Earth, no less than 7.7 billion, hungry for natural renewable and non-renewable resources. We consume significantly more than we need and, unfortunately, we exceed the natural capacity of our planet to generate those resources. The population surplus means that there are fewer and fewer resources, that they are harder to obtain and that we need more and more resources to maintain the so-much-desired technological progress. It is urgent we all do something, not so much to reverse the situation, for which I do not know if we are still in time, but to not worsen it and at least make it stable, achieving the Climate Neutrality of the planet.

The ITAINNOVA Materials and Components team has the purpose to contribute to the Climate Neutrality of Europe’s industrial activities, from both our scientific-technical as well as our social-business dimensions, transferring methodologies, tools and services of technological development, characterisation and multi-scale modelling, which combine both new and consolidated techniques to design, develop and manufacture new materials and components, as well as structures, processes and systems, in a concurrent and collaborative way, always within a context of social and environmental wellbeing.

With this approach, we have prepared a collection of articles for this year 2021 around the concept of #ClimateNeutrality. ITAINNOVA wants to make this concept more than just a label or a hashtag, it is a commitment that the entire organization has acquired.

What is friction and what does it involve?

Friction, understood as the force that opposes the sliding movement that is produced by the contact between two surfaces, is very present in our lives and is necessary and essential to carry out many actions, such as walking, running or cycling, lighting a match or a lighter, braking a vehicle or machining parts, among many others. However, in many other occasions friction is annoying as in endoscopic surgical devices, minimally invasive surgery, orthodontics and, in general, in medical devices that somehow come into contact with the patient, or is unproductive and inefficient, as for example in sliding elements of machines, dynamic seals, etc.

In the latter cases, friction generates heat, accelerates wear and causes premature damage and leakage, which increases energy consumption and decreases the performance of the machines or their components. According to the European Network for the Prevention of Industrial Wear and Tear (Eureka ENIWEP), estimates show that between 2 and 4 per cent of the gross domestic product (GDP) of an industrialized country is lost by friction and wear on mechanical parts, which represents a cost of approximately EUR 265 billion to EUR 530 billion per year in the EU economies.

In round figures, one third of the world’s energy resources are wasted in friction, wear and corrosion dissipation. Due to this huge economic impact, the reduction of friction in the components is a critical point and is worth working hard on the topic to contribute to the sustainability of the planet’s resources

What can we do and how?

The accurate control of friction phenomena has a direct impact on improving the efficiency of the systems, reducing heat losses, and therefore makes it possible to save energy in the use of the systems, being this saving actually very significant throughout its life cycle. In addition, friction control also extends the durability of the elements, minimizing undesirable wear and tear, which in turn has a positive impact on energy savings by reducing the need for part replacements and therefore, for spare parts manufacturing.

There are several technologies that allow reducing the friction between surfaces: lubricants, low-friction polymeric materials, low-friction coatings or surface texturing and logically, not all of them of general application. Let’s get a little more familiar with each of them.

Lubricants are a means of controlling and reducing friction between sliding elements, but they are not a panacea from a technical or environmental point of view. Technically, the choice of a lubricant is not a trivial task and requires a deep knowledge of the application of use, the physical-chemical interactions and the chemical compatibility with the materials in contact.

On the other hand, the growing awareness about the need for environmental sustainability has greatly improved its developments towards biodegradable products, which cause less harmful effects on the environment by decomposing more easily in aquatic and terrestrial environments. These features contributes to reducing their toxicity and polluting capacity. However, much remains to be done, as these biodegradable lubricants still do not reach 10% of the total market in Europe, although with significant differences among countries due to different legislation.

Low-friction polymers such as PTFE, PEEK, PPS, nylon, acetal or polyester, besides their high wear resistance, offer additional advantages that allow them to extend their useful life, such as good corrosion resistance, lower weight, lower noise and lower friction heat generation. However, their use is subject to certain specific applications under limited operating conditions

Low-friction coatings, aka AFC – Anti-Friction Coatings, are dry lubricants which formulation is similar to that one of industrial varnishes, but with dispersed micro or nanometric particles, which make it possible to homogenise the roughness of the surface on which they are applied, smoothing it and making it slippery.

Although they are suitable for various lubrication regimes, they are particularly effective in limit lubrication states, where fluid lubrication cannot be ensured and therefore the surfaces contact each other, promoting undesired wear and tear. The effective lubricating film that is achieved with these coatings is very resistant, even at low friction speeds, oscillating movements, high loads and harsh environments.

Depending on the application, they can be used alone or combined with oils and greases. There exist coatings for different materials (metals, plastics, elastomers, leather, and wood) and their application is clean and can reapply by recovering their properties.

Functional surface texturing is a process that allows changing the properties of the surfaces by the application of textures, at micro or nanometric scale. This technology has been shown to be a useful tool for reducing friction, because it promotes micro-lubrication and decreases the effective contact area between surfaces. Its main challenge is twofold: the development of manufacturing methods able to reproduce textures in a repetitive, economically and viable way and the design of the textures themselves.

There are a number of technologies, based on both material removal or addition, which are used to apply textures to surfaces: diamond-tipped turning, rolling, EDM (Electro Discharge Machining), laser ablation, abrasive jet machining, grinding, electrodeposition, photolithography, micro-electrolytic attack… and their application has focused mainly on metal and ceramic materials.

Regarding methods for texture design, traditionally they have been based on experiments. However, advances in computing and materials informatics bring up new methods for the design of texture patterns and to predict their friction behaviour between contact surfaces, for both hard and soft or highly deformable materials, such as rubber.

These advances have made it possible to address the application of surface texturing in components such as dynamic sealing joints, used in numerous systems and for which friction reduction represents a tremendous potential for energy savings. In this particular case, Materials-ITAINNOVA, in collaboration with several partners within the framework of the European project MOULDTEX, has developed a texture pattern modelling software for elastomeric seals that allows predicting in real time how the seal response changes in terms of friction with regard to different texture pattern designs. This numerical tool includes a module that determines, among several viable combinations of patterns, which is the optimal texture for the operating conditions (load and speed) and the involved materials.

Do you want to know more? Ask the team!